The name and graphic identity for the Unesco World Heritage candidacy: ‘Paseo del Prado and Buen Retiro, Landscape of the Arts and Sciences of Madrid’

Promoted by the Ministry of Culture, the Government of the Madrid Region and organised by the City Council, the candidacy of the ensemble known as ‘Paseo del Prado and Buen Retiro, Landscape of the Arts and Sciences of Madrid’ has been submitted to the UNESCO for its declaration as a World Heritage Site.Estrada Design has designed the name and brand for this lightscape and has spearheaded the first public exposure campaign using advertising panels, banners and columns displaying photographs of the space and the city’s characteristic sky at daybreak. Home image for the website,paisajedelaluz.es, developed by Estrada Design

The campaign is rounded off with graphics based on the space’s own logo and the presentation of a Manifesto of Light signed by a large number of institutions, museums and other entities located within the lightscape. 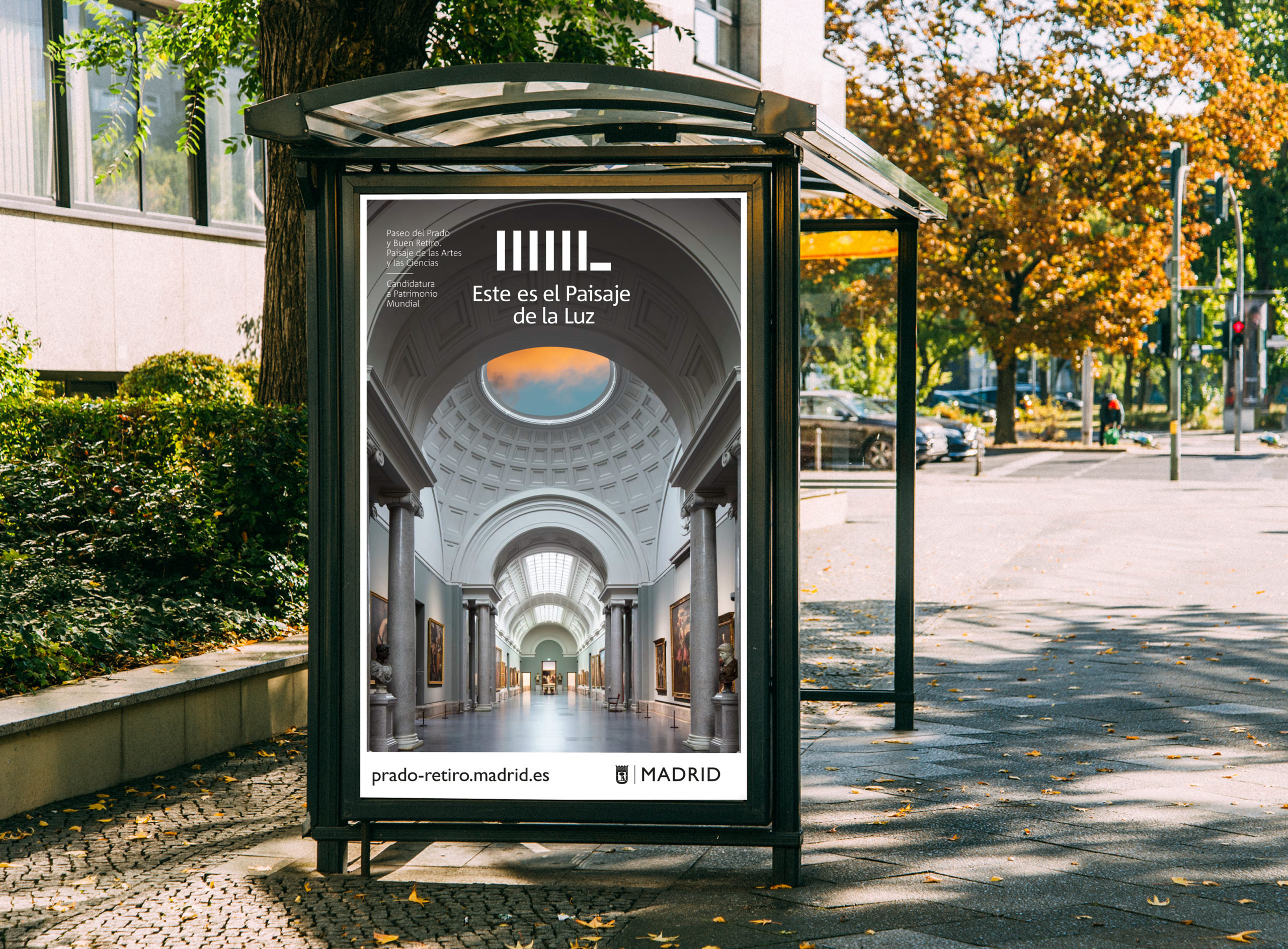 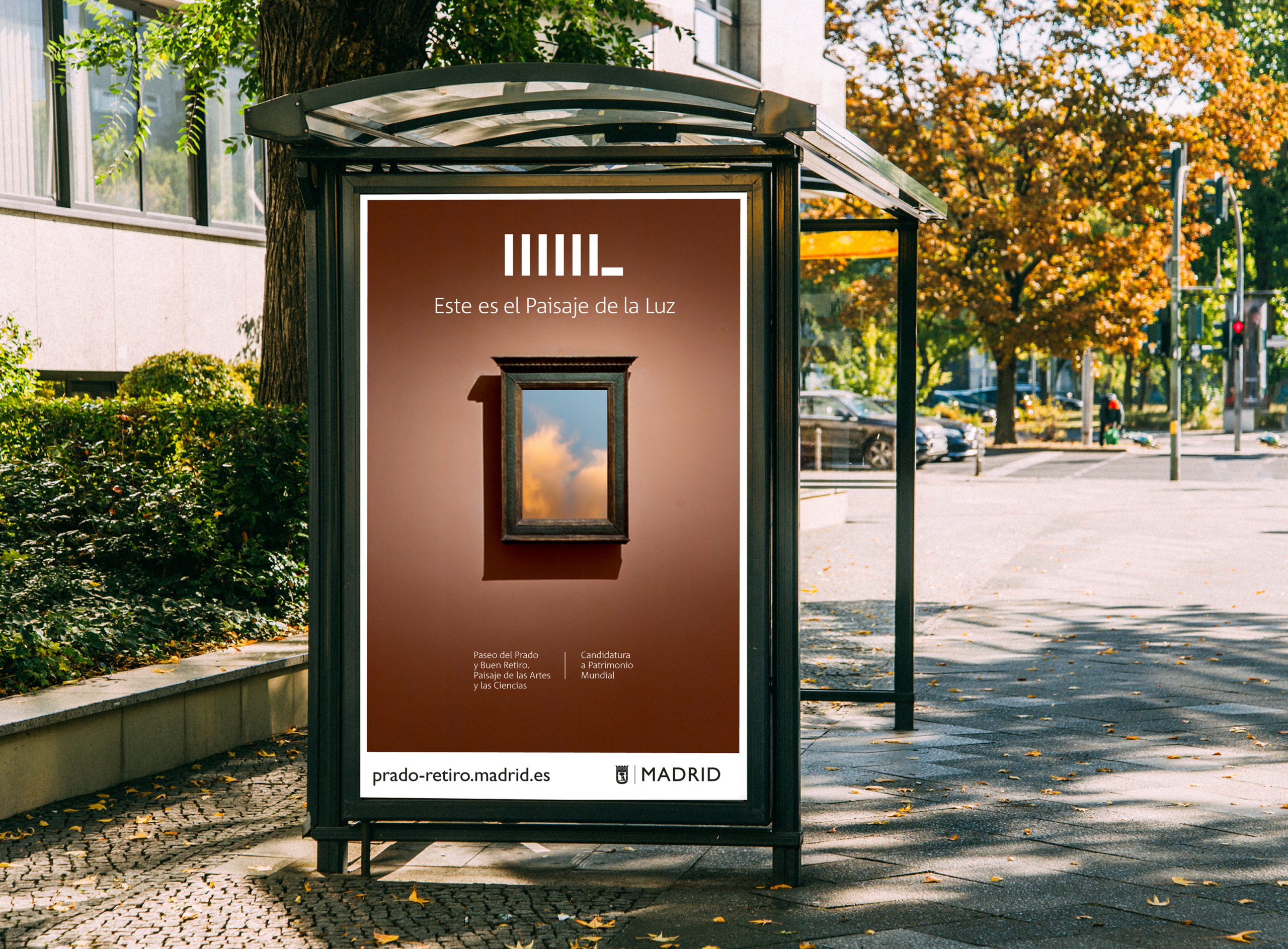 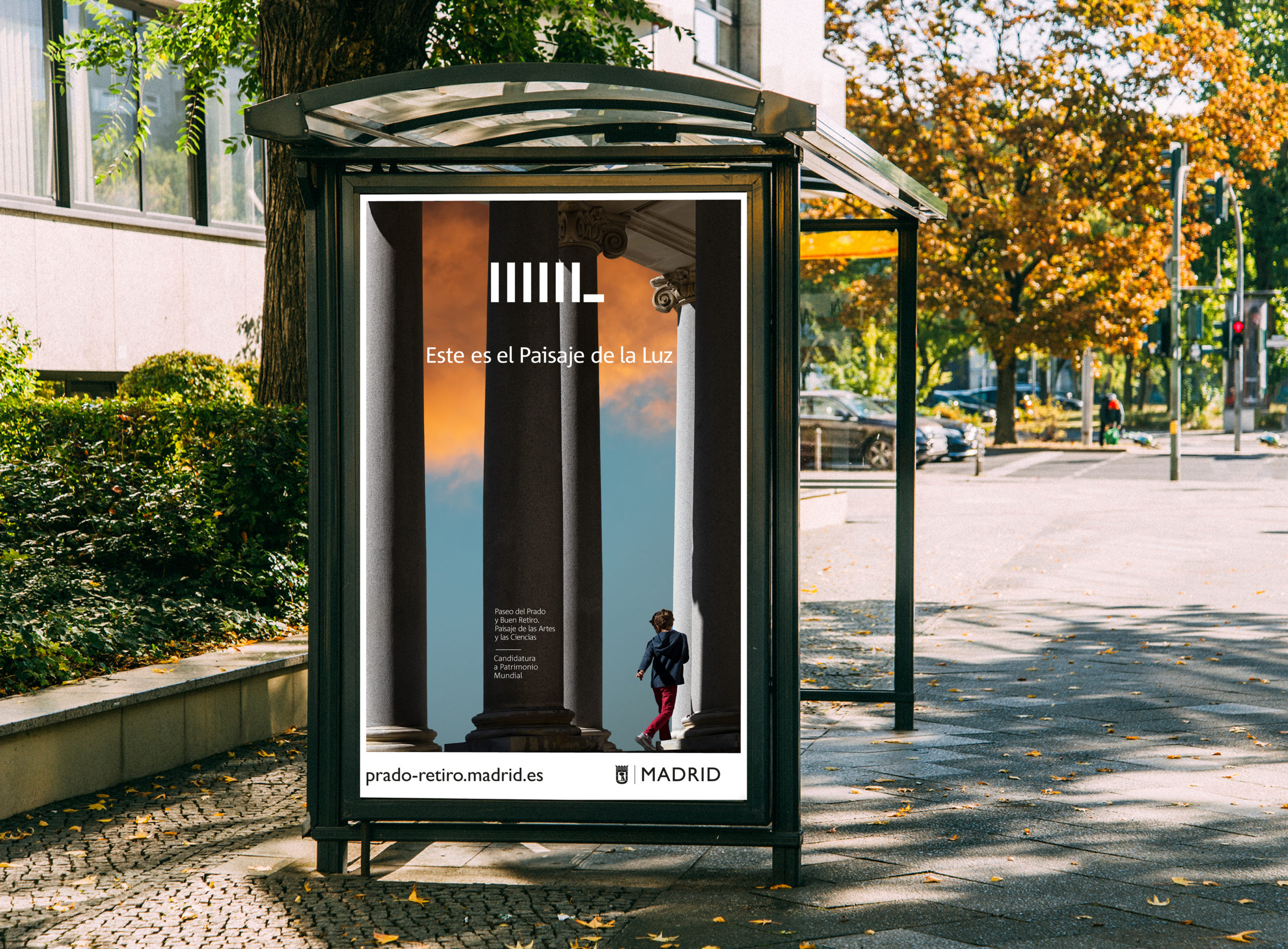 …Light, reason, culture and nature
are the unifying backbone of the Paseo del Prado
and the Buen Retiro as the Landscape of the
Arts and Sciences, a civic, illustrated space
that has evolved since the 16th century, maintaining
its essence.
This lightscape illuminates everyone,
citizens and visitors who
have experienced, enjoyed and felt it,
it is the historical memory of Goya
and of Ramón y Cajal, of the Guernica
and of the Puerta de Alcalá, of the lions
of the Congress of Deputies
and of the legends of the House
of America,… 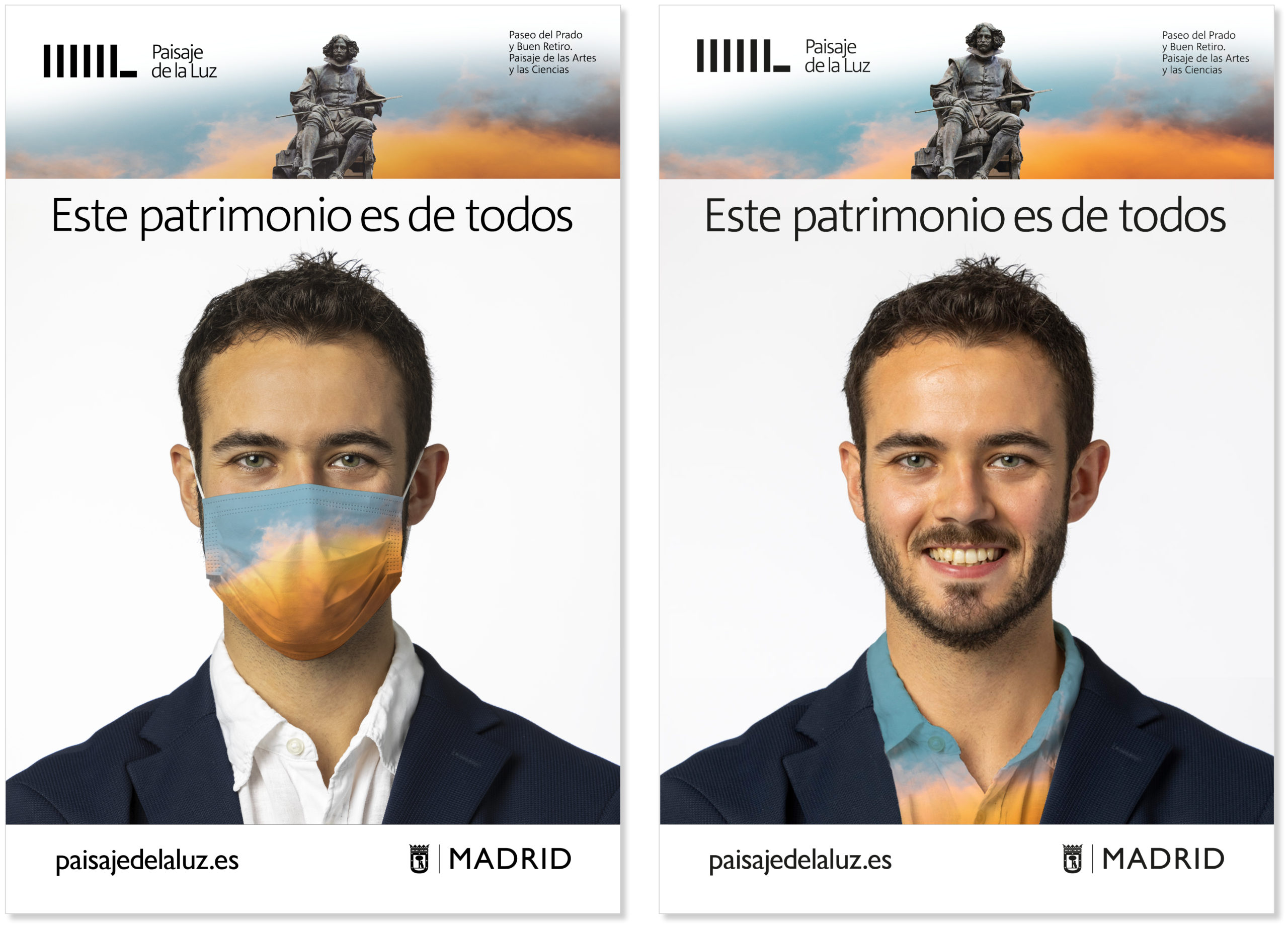 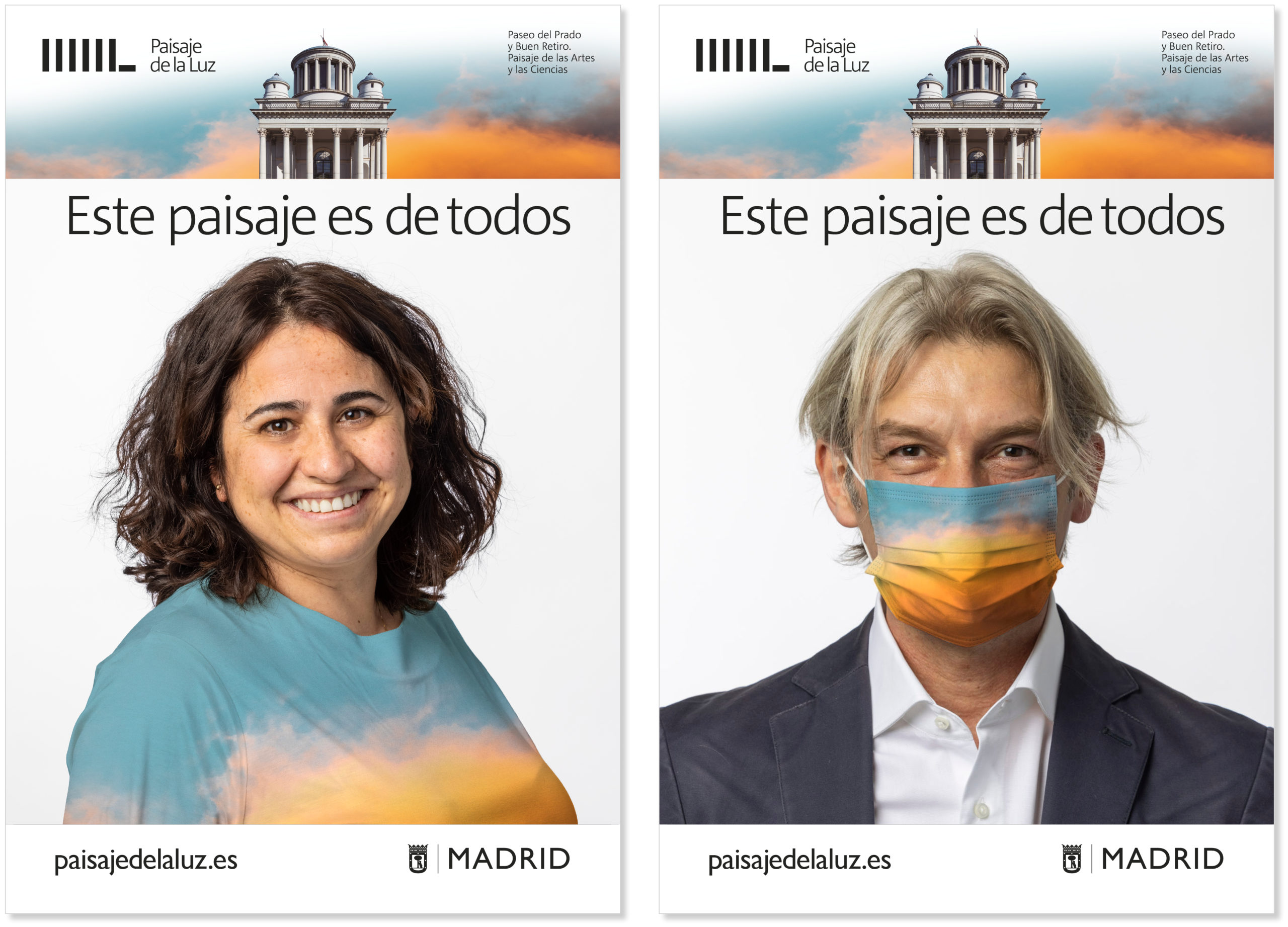 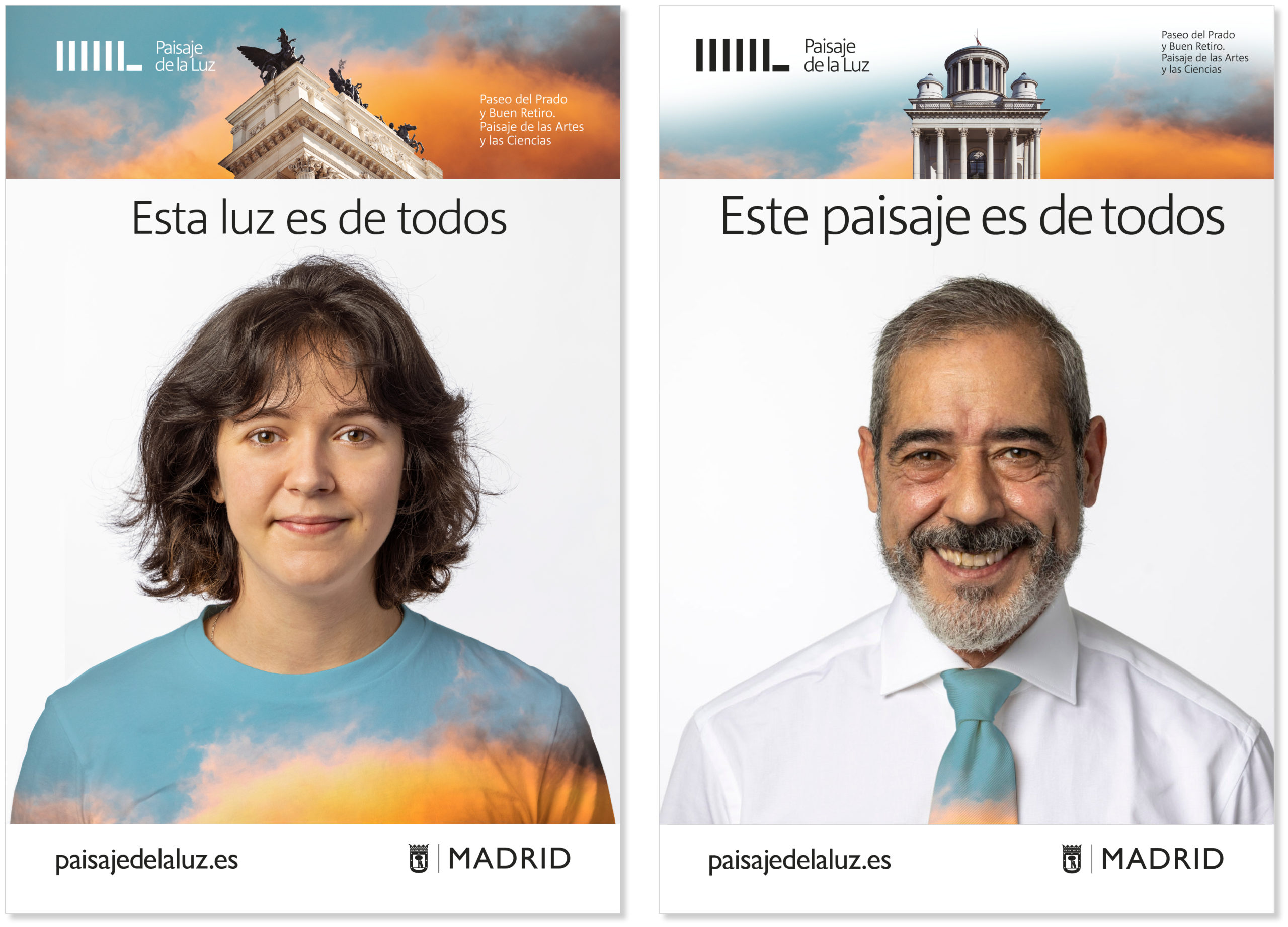 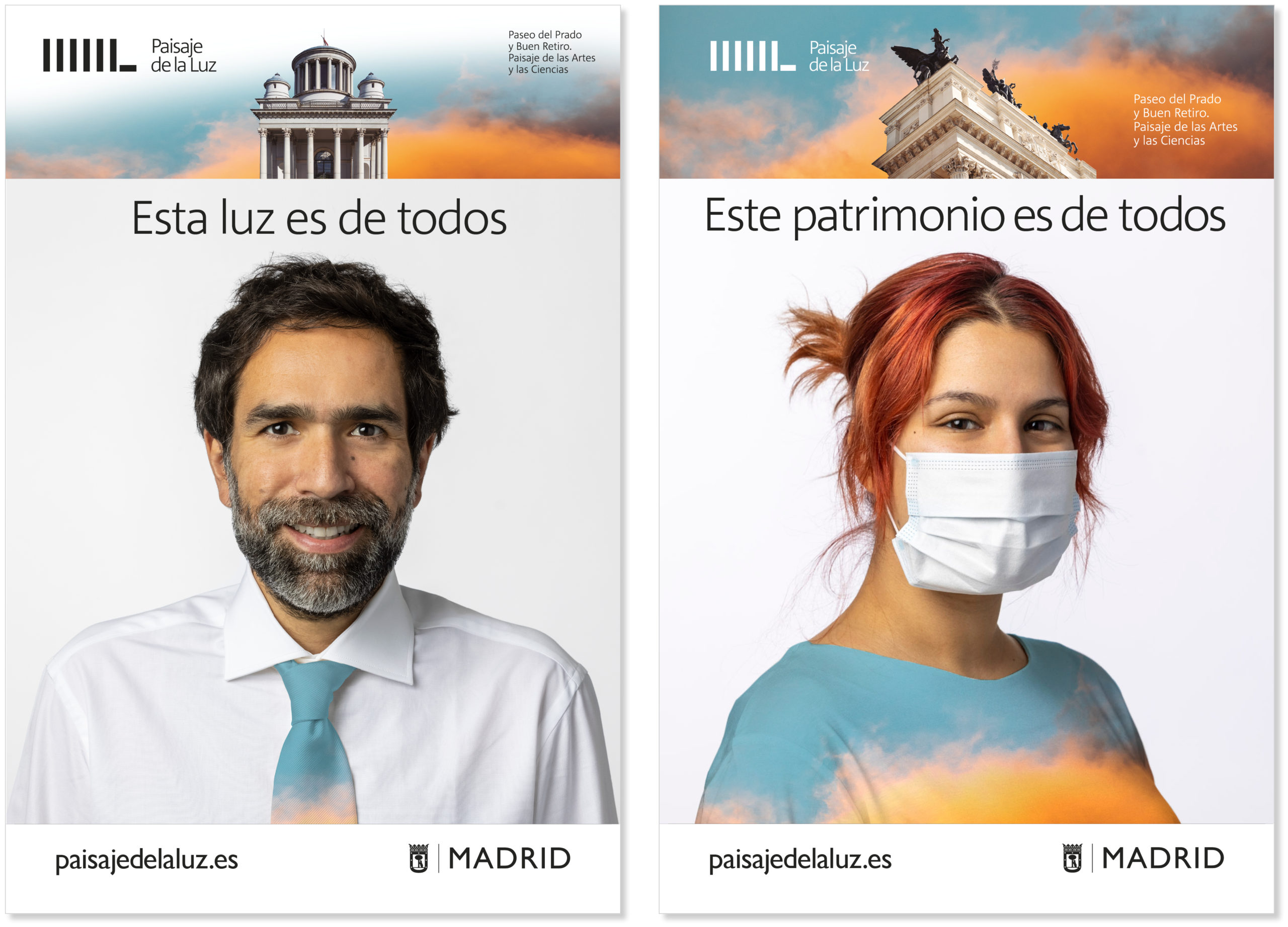